Look What You Made Me Do Today!

“Ooh, look what you made me do

Look what you made me do

Look what you just made me do

Look what you just made me”

Maybe those parts of lyric are still flying around inside your mind. The melodies are too strong and too powerful to be forgotten. The song aims to let those-who-dissed-you know that, what they did to you has made the new version of you today. At least, that’s what Taylor Swift wants to deliver through the lyric.

Don’t worry, we won’t discuss about the song or talk about bullying or something like revenge, we’ll talk about how far you have struggled for your own good and go through some obstacles. Often, in life we prepare for any kind of planning and goals, but through the journey and path we take, we will see and deal with some problematic situations where it screws everything we have planned.

It sucks and things won’t get better if we don’t give extra effort to fight back. The only one thing we can do is by attacking back with well-planned-strategy. However, those big obstacles finally will guide us to be the new version of us, which make us stronger and unbeatable in the future.

In life, you’ll meet  Failure, Disappointment, Betrayal, Lost and Mistake as your Dementor. They keep soaking up your energy, and manipulate your happiness into something dark and cover up your stability with anxiety.

This cycle is just like evil-circle that can give negative vibes to your entire mind. It can drag you into the deepest agony.

Failure shocks you with a bunch of insecurities. You’ll feel desperate because your expectations are being thrown by the reality.

It’s undeniably true that most of us have met failure within our life. Failure is a common thing we face. We keep trying and somehow, we’ll arrive to a shelter of failure. It’s not us who unreliable or incompetent to manage things. However, it’s just normal when we fail.

Disappointment sounds hard and it can leave a very bad feeling. Imagine when you really want to grab your dream happens, but then everything doesn’t go your own way.

Betrayal is the most outrageous hard feeling among of all. Even if you have forgiven those who betray you, but somehow the memories stuck on your mind and it’s not easily disappear. It leaves a non-removable marks and put such a pain where only time that can cure it

Loss. Some people consider that life is like a competition, you are going to win in one time, but you’ll lose at another time.

Don’t get mad easily. It doesn’t mean that you are a looser when you lose. It’s just a sign that you need to boost yourself more and learn to be more patient and be more open-minded, so you won’t get hurt when you lose.

Mistake is just a part of life you should take as a life-learning media. No matter how hard your effort, you’ll be meeting mistakes.

However, don’t put yourself upon your weakness. All those pains, and aches from the past will bring you into the light.

You can be the new version of you. Just like the term that people usually use, after the dark there is a light. Philosophically, it often happens to us. After you are betrayed and covered up by dark cloud, you’ll get positive spirit to move on.

Once you succeed to conquer all of them, you’ll be a wiser, stronger, tougher, and smarter individual than you’ve ever known. And, most importantly, you’ll be an excellent life-learner after you pass it all.

Despite all the hard feelings you have faced, it won’t easily change you as looser in the end, if you know how to deal with it. Most people can be Wiser after they successfully get out from the circle.

Being Stronger is just another character you’ll earn after you can stay above your principal and walk within the right path. You can be Tougher than you’ve ever imagined. Once you are  betrayed, or disappointed, then you know the feeling of being weak and suffer. All of them teach you to stay strong and tough above your feet no matter what.

Most people turn out to be Smarter once they fall to a black hole. It naturally comes from within that you’ll learn a bunch of things after you fall and fail.

The question is, are you going to be the learner and proudly say “Look what you made me do today” to your past? Let’s start to make it real! 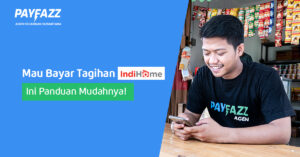 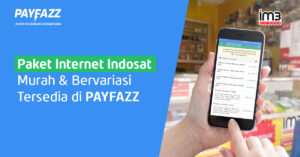 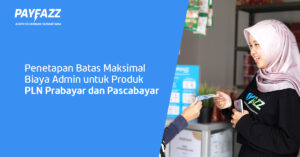